Auto and light truck sales continued their rebound in September when sales were 16.34 million at a seasonally-adjusted annual rate. That compares to last September when they were 17.08 million, and this April when they were 8.71 million. At least for now, the sales rebound has compressed into a couple of months what took a couple of years after the 2008-09 recession. The data is from the US Bureau of Economic Analysis, via the Federal Reserve Bank of St. Louis. 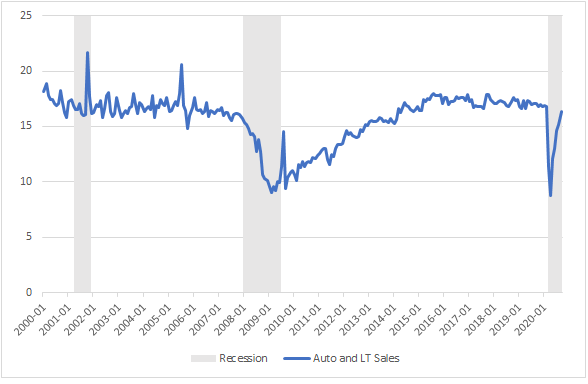 Northeast states lag the most